Pick a Thursday anytime from the mid to late 90’s. Whether it’d be a lift or bus we’d be in Bolton from 8pm. Either one at Varsity or a couple at the Gypo’s. Or sometimes if we were ‘late’ a shotgunned bottle of Lambrini near the scrubland (the scrubland where Nervada used to sit. Where the Lads and Girls club is now) would do the job. No shame.
We’d always go downstairs to the front door – the entrance was situated half way up the staircase but I never remember walking up to the entrance – one swift left and your in. 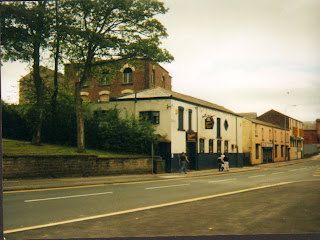 At 9pm it’d be sparsely populated. Star would usually be dancing with Katy and bendy arm guy. Some heavy gothy thing. Neil would play 3 Bjork tracks back to back. He would only get away with this early on.
I’d take my place sat on a table near the mirrors. In front of me down the steps would be the bar covered in price stars (£1 CARLSBERG!!! VODKA JELLY!!! BUY YOUR HAWTHORNS LIGHTER!!!). To the left of me a group of girls making their way into the toilets. They’d stay in there all night. 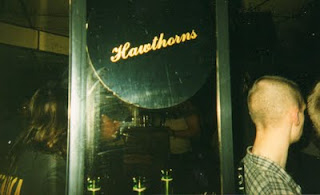 Hindsight places rose tinted glasses on. They were good times. I can’t remember the bad.
You’d spend most of the rest of the night hugging people and shaking hands with friends and acquaintances that were slowly coming in.
Past midnight the place would be smoke filled and sweaty. One more bottle and Neil’s playing that weird version of ‘Going to Town’. I’m on the dancefloor with Bill and Nanook taking a coy look in the mirrors at how stupid we look. Fuck it. Shut your eyes. “Going to town, burn it down, turn around, and get your stroll on, baby.” No time to turn around he’s playing ‘Teethgrinder’. Here’s James!

Over the next 2 and a bit hours they’d be crawling out of dark corner, flooding out of the toilets and dancing wildly. Someone would be sat under a table, usually mine. “Who’s ordered chips at this time?”
‘Sweet Transvestite’s’ on. Look at the girls go. Some of the lads look terrified. Brilliant. Neil would start to pack up his record box, cd’s would or wouldn’t be collected (“He never fucking plays Butthole Surfers!”) and Bobby Darin clears his throat. 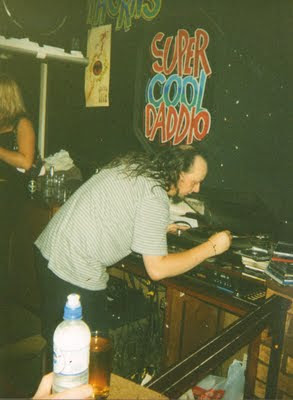 People who have pulled run out before the lights come on. Save that realisation till the morning. I light up a final cig whilst we all sing along. “Oh, the shark has pretty teeth, dear and it shows them pearly white.”
Here’s Si. He’d usually be kind enough give us a lift home. Not before we get a pizza from Marmaris. And someone would usually throw it up.
Hangovers never existed and we’d all been out, got drunk and got home for a tenner. None of this is probably true but who cares. It felt like it was.
The Hawthorns Weekender is this weekend. Free in. DJ's from 9pm till Late. CARLSBERG £1!!! 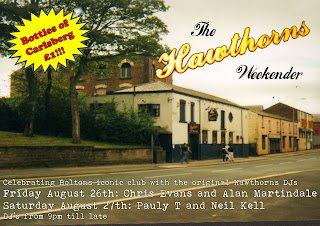 Posted by The Dog and Partridge at 09:00