Some of us were hoping for a slowdown. Why? Because I'm shattered. Next thing you know everyone's getting excited about Moon Wiring Club. Again, why? Well Brooker will tell you why. 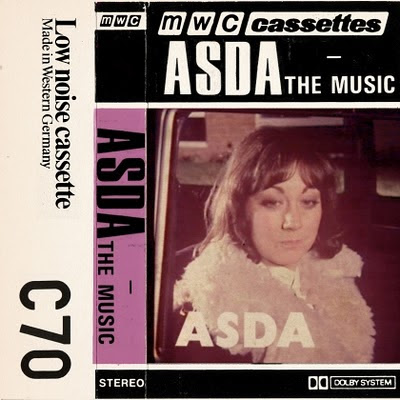 It is 7am and the year is 1974. You cannot sleep so you turn the dial on the TV and wait for the static to settle. A funny bearded man is writing complex equations and there's this strange music playing all the while, foggy in your barely-awake brain. And thirty-seven years later, even though you never understood the maths, the sound has not left your head.

It is this ability to plumb the hidden layers of the unconscious and suppressed thought that makes Moon Wiring Club such a force. It evokes the past but is not nostalgic. It is electronic music, yes, but that's not even half the story. The ticking and haunting and creeping sense of dread reach inside to areas that pure programming offers no access; familiarity being cruelly twisted in a hallucinatory kaleidoscope, your dreams being smashed with a hammer and pieced together again with cobwebs.


Who MWC actually are (or is) and where they (or him/her) are from is something of a mystery. How this strange, bewildering music is made is a conundrum too. Messages from the underground bunker MWC are holed up in make reference to everything being composed on a PS1, on the seminal game 'Music'. We here at the Dog & Partridge believe this is probably an entertaining fib and the outfit are trying to push people away from the 'how' and toward engagement on a deeper psychic level. If this all sounds a bit Paul Morley, don't worry: it's fun! MWC might be partly to do with turning your childhood upside down, but in a way you can dance AND enjoy the spectacular visual display. Like the music suggests, video matter will be confined to the weird, the wonky, the darkly-remembered avenues of the cerebral cortex. With trembling lights and a fine-tuned soundsystem to best convey this sensory hijack, don't be surprised if you emerge with your DNA changed.

Yes, I know. I'd probably want to get a ticket too if I hadn't already got mine. Where from? Here from:  http://theeveningeconomies.bigcartel.com/product/moon-wiring-club-live-in-bolton-1-10-11
Posted by The Dog and Partridge at 05:17