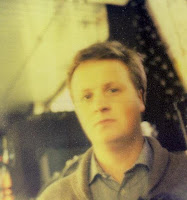 It's a beautiful morning with the test match on television after a good weekend where an old friend got married. No complaints.

2. Total Victory are on the verge of releasing their second album in two years. There’s rapidity to your releases. Any particular reason for this?

I think there are many reasons. Here are five. i. We don't have to go through the whole label approval procedure. ii. We record ourselves when it suits us. iii. Our records are fairly short. iv. We don't over-rehearse. v. YOU CAN'T STOP THE ROCK. Or something.

3. Ahhhh, the life of a rock a roll band. Tell us about a memorable gig at which you have performed.

We played a basement in Victoria Park, Manchester, that was where the whole TV thing really coalesced for the first time in my mind. Nothing out of the ordinary occurred, but it was a great meeting of inspired performance & uninhibited audience.

I'm developing the opinion (and we need to establish now that I rarely speak for the band and only ever for myself) that often you're buying the artist as much as the art. We're also very lucky to come from a community of artists (this isn't as lentils and hessian trousers as it sounds) that can contribute to the general TV concept. Darren Riley has done the covers for the first album and our last single and will be doing the next record. They stand alone as photographs though, so to answer your question: both.

5. What’s your favourite thing about men?

On the whole men are the worst thing that happened to the planet. Secondly, I don't really believe in 'male', as such, as there's more to what a person is than a description of their genitals. But my favourite thing about 'men' or 'maleness' is that as the section of society that tends to hog the money, the territory, the art, etc, is that there's a lot of political capital in the concept of 'men' that can be used against 'men' for the gain of 'the other'. Man's inflexibility as his own evolutionary ruin, so to speak.

6. April 6th sees your first performance at the Dog this year. You’re playing with label mates Codex Leicester and Death Masks. Will you be raising the roof in a new way? 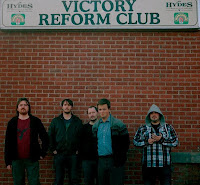 I have arranged a structural engineer to go in to the place on the 5th to ensure that the roof is fit for purpose, I don't want these three bands to be accused of blowing the roof off some shoddy workmanship.

7. Have you ever felt a ghostly or supernatural presence in a room behind you and whirled around to face it but found there was nothing there?

Not exactly this. One time I woke up and there was something else in the bed with me. My waking startled it and it ran away laughing toward the door. I could only see the silhouette but it appeared to be a bearded man whose head only came up to the door handle, similar to a garden gnome but real. It was either a ghost, a very vivid dream, or I was subject to a night-time pervert.

8. Do you think about the future?

Well, firstly, I'm deeply suspicious of people who live in the now and of people who have no regrets. But that aside, I think apprehension of the future is a primary motivating factor to get things done. I read an article recently about the regrets of people on their death bed and they're all things like 'I wish I hadn't closed off from my friends' and 'I wish I had worked less'. Calculating a way to die without regrets is how I spend a good 30% of my day.

This question also works on the assumption that time is linear. Which it is. You are to be commended.

9. Away from music, how do you like to relax?

I'm a runner. Half-marathons tends to be my distance these days. No music. NEVER with music. I'm actually a bad relaxer these days and would fairly describe myself as 'a bit uptight'. A young Richard Briers, if you will.

Gin for me. Pint of fizzy lager for ML (bass). Real ale for Martin (guitar), Matt (guitar), and James (drums). We'll be drinking those outside whatever the weather.


Total Victory - 'What the body wants, the body gets' promo
Posted by The Dog and Partridge at 05:50