Gigs are done very very rarely on a Sunday at the Dog.

But, as the acoustic fest (Hushed Puppies 25th/26th) is nearly upon us, we’ve been granted access to a Sunday gig for one week only. Lets make the best of it eh? 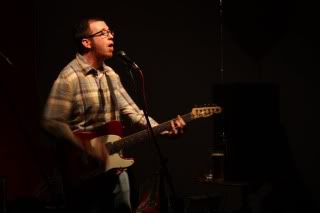 Returning with his full band (for only the second time) is Jon Greenwood with The Doublecross. Jon has become a good friend of the Dog over the last few years ever since his performance at Dogstock 2010. The Doublecross, described as “beautiful country tinged indie punk”, released the ‘Things Will Never Change’ album a couple of years back which is well worth a listen. Expect tunes from this as well as a couple of new numbers/suprize covers (if last time is anything to go by).
http://www.facebook.com/thedoublecross 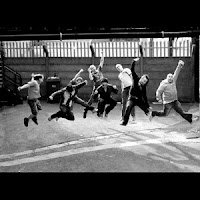 The Minions have slowly, but never quietly, changed from the '9 piece band of fools' days of old. Trimmed down to a “power six piece” the new Minions material showcases a more mature band (just). The big choruses are still intact so bring your singing voices. The Minions look to release their 3rd album later this year – I would envisage new songs to get your ears around.
www.youtube.com/watch?v=FxXhTu4iQwY
Bad Ideas are Leeds/ Lincoln roots troubadour Sam Cooks project. They’re really found it's feet since beginning in early 2010. The former Living Daylights frontman has merged folk with his punk routes - the result is a more accessible sound. 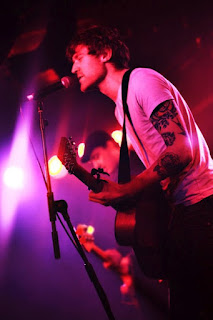 So, three ace bands. On a Sunday of all days. It’s free entry and we’ll start the gig a touch earlier for those who want an early one. And, if the weather gods are on our side, fancy a ‘fresh air’ gig? Why the fuck not.

Posted by The Dog and Partridge at 01:34