Hello Michael, are you fine?

Yes, good thanks, In-fact I’m HB (pencil joke). Today I went to the aquarium and touched a stingray so I’m feeling pretty full of myself at the moment. 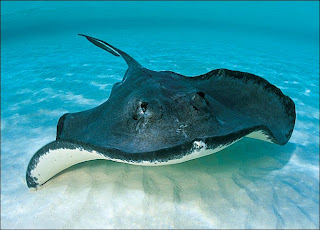 Right, Dogstock 2013, Neuron No are back to play the Sunday this year but not a usual run of the mill set though. Songs from ‘Tin Can’. Care to explain?

So…not interested in my Stingray experience? Fine, well Neuron No and my other band Limbs have joined forces for the past year to write the music for a new musical called “Tin Can” that me and Mr. Dick Perkins have created. We thought Dogstock would be the perfect stage for us to don our spacesuits and give people a proper taste of the music we have been brewing up. Just the music mind, the full production with actors will be coming later in the year…

You mentioned something to me the other day that I still can’t quite get my head around. Something about **NAME REMOVED **?

Yes! Well it is Dogstock so we thought we would pull out an extra stop. We decided that rather than having me confusingly babble about the Tin Can story in between each song, we would try and find a celebrity narrator to record the links instead for a bit of fun. None of it is confirmed yet, we are in negotiations. Weather we manage it or not and who the mystery man is will be revealed in errrr a FLASH! at Dogstock (that’s a clue by the way). It will be amazing if it happens, hopefully he will address Dogstock and even howl like a dog for one song.

That’s amazing. I know this isn’t a question but I just want to put that out there. That is amazing. 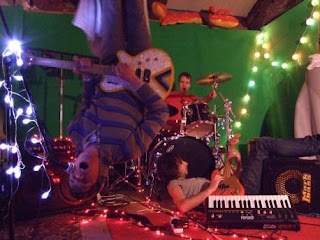 So, Dogstock. You’ve been a mainstay on the bill in the last few years. Do you enjoy the experience (sounds dumb but some genuinely don’t)?

DAAAWGGGGSTOCKKKK!! I know that isn’t an answer, but I just want to put that out there too. It also is an answer really if you say it in the way I’m hearing it in my head. Hopefully people are, but just to be clear, it’s a triumphant and excited voice. Its saying “yes I enjoy Dogstock” without the need to actually say it. But just to be clear, yes I enjoy Dogstock. It’s one of the highlights of the year and something all bands want to play extra ace for, can’t wait.

Anyone else on the bill you are looking forward too?
The Managers are superb at the moment, sounding really fantastic and playing some immense tunes. Don’t miss them!! Princess Die were 20 minutes of pure brilliant silliness last time I saw them, oh and seeing if the Shep’s can still pull off the scissorkicks for the Leaf gig will be awesome.

And finally, what biscuit did I put in your jeans?


Wait a minute! Is this a reference to ‘What Biscuit Did I Put In Your Jeans aka Gameshow Tycoon, the smash hit of last summer from Limbs’ fantastic debut album OLYMPICS? (Matthew nods mischievously, I’ve caught him out and he knows he’s on the ropes). Well knowing you it’s a Bourbon, but I’m holding out for a Ferero Rocher.

NEURON NO/LIMBS PERFORM 'TIN CAN' ON DOGSTOCK SUNDAY
Posted by The Dog and Partridge at 19:35 1 comment:

I genuinely look forward to every Dog gig.


I look forward to how much abuse I get over the choice of bands.

No, but seriously. Seriously.

First gig in April sees to return of someone I’d like to get on stage more often. Jefferama has been seen a couple of time at the Dog in the last year or so but it isn’t enough. 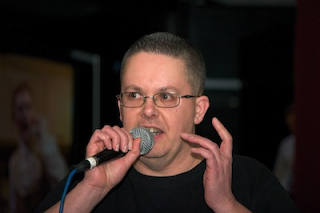 If you haven’t heard of him before (well, I’d be surprised) Jeff brings heart on sleeve and wry spoken word stuff (forgive me for the use of the word ‘stuff’ but I balk at using the word poetry unless cleared to by the artist themselves).  Jeff has brought a couple of his mates along, showcasing ‘em to the Dog crowd including MC Gorden Zola who will be threading through the night. 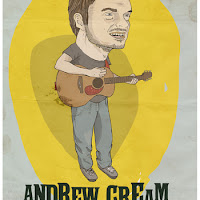 Returning for the first time for a long while is Peterbough’s own (not many of them) Andrew Cream - a good friend of Dog folk Don Blake and Jon Greenwood (of Doublecross/Modern Farewell fame). A must see if your bag is passionate acoustic punk rock.
Topping off the bill is one of the best new bands Bolton has produced in the last couple of years. Paper Town seem to have a residency at ours at the mo but that’s fine by all of us. Gig on gig the place has been getting busier and busier until we topped out with their sell out performance playing with Merry Hell in Feb. Catch ‘em while you can – get down early. 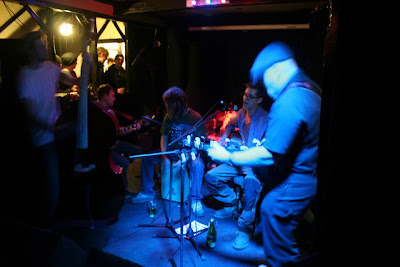 Posted by The Dog and Partridge at 19:22 No comments:

Friend of the pub and all round good egg Daniel Brookes has interviewed the famously interview shy* Monster Island to ask the why we should give a shit about their existance.


Here are the fruits.

1. Whodafuck are "Monster's Island" and why should we watch you at Dogstock? If you could describe yourself in a 'rock equation' all the better (ie. Prince meets Cable at the wedding of Twisted Sister and Pat Benatar).

Hello. I’m Aiden, the bass-player in Monster Island. Our frontman Stephen normally does things like this but he’s delegated responsibility to me.

2. What is the best thing about BOLTON?

My sister lives in Bolton. Once at a BBQ at her house she fed me a grain called Quinoa. It’s one of those super-foods. I feel like my sister or my brother-in-law told me that the Aztecs used to cultivate and eat it.

A non-facetious answer, is: I have seen some very good gigs in Bolton.

If Stephen was doing this he’d probably have an interesting fact about Bolton’s links with Freemasonry, or would say something better/more detailed about good gigs in Bolton.

I’ve no idea what Brendan (drummer) or Ryan (synth/guitar/percussion) would pick. Probably something funny. Those two are handsome and quick-witted. 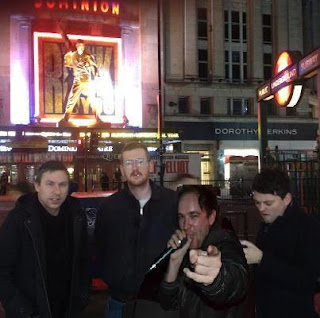 
3. Favourite major coffee chain and why?

I don’t have one. I’m going to guess that Stephen would pick Café Nero. Again, I have no idea what Brendan or Ryan would say. I don’t think that any human would choose Starbucks.

My first response to this is: Yes. Stephen had sex with a dog.

My second response is a quote from John Aubrey’s 17th century text Remaines of Gentilisme and Judaisme. It’s not a book I own, but it’s quoted in the Oxford Dictionary of English Folklore, in the DOGS section:

‘I believe all over England, a spaied bitch is accounted wholesome in a house; that is to say, they have a strong beliefe that it keeps away evil spirits from haunting of a House; e.g. amongst many other instances, at Cranborn in Dorset about 1686, a house was haunted, and two Tenants successively went away for that reason: a third came and brought his spaid bitch, and was never troubled.’

5. Write here why you want the job and your how you meet the basic competencies outlined in GIGAPPLICATION.doc (download here)

We’re a lively band with interesting songs, we’re stylish in our own way, and we try hard. If that isn’t enough then I don’t know what is.


ANOTHER VIDEO HERE TOO http://www.youtube.com/watch?v=T_sPWBPUAcc

*no actual proof of this being true

Posted by The Dog and Partridge at 16:18 No comments: 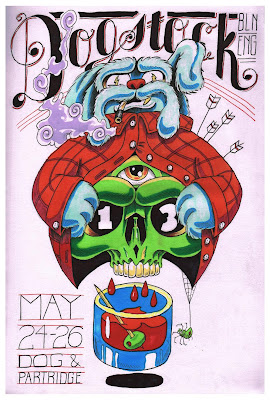 In the coming weeks we'll focus on a few of the bands playing to give you more insight into what's going to be the festival of the summer.