Here's an interview they did with Flux Magazine (fluxmagazine.com), tastefully stolen and put up here. 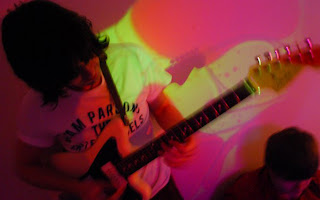 How was the project established?
Jolan Lewis: We’ve all been in bands since we were about 16 but I prefer recording. I recorded stuff and uploaded it to the internet, where it was noticed by the Pigeon Post.
How did Temple Songs develop with the addition of three new members?
Jean Hughes: We were more into improvised stuff and there is a different dynamic now.
JL: Everyone contributed on 15 Bygones but we all played on the last track on the album, “A Bee or a Shark”, which is where the album leads to and the moment when it all comes together.
How do you go about physically recording the music?
JL: We try to record more than one instrument at the same time. That goes on to a digital machine and then to a tape reel, and then sometimes cassette. If I can’t get the sound I want, then I’d rather just completely fuck it up. If you record two instruments together in mono, then it creates a new sound. You can sometimes hear a sound in your head for an instrument that doesn’t exist and you’ve got to try and recreate that sound.
JH: We also like to get a performance sound to our recordings.
How do you feel you relate to Manchester’s music scene?
JL: We have been friends with Butchers since we were about 17. We have got to know other Manchester bands since we have been playing live, such as Sex Hands and Egyptian Hip Hop.
JH: It’s a lot of the same people. There’s a scene. We are more poppy than bands like Butchers.
JL: We are surprised that we are accepted on the scene. There’s a lo-fi garage pop sound, which has varying degrees of noise and pop, and we are definitely more pop.
What is the appeal of pop music?
JL: I think the best type of music is pop music recorded in a weird way. Nothing throws me more than a good pop song.
JH: There is nothing pretentious at all about pop. Plus you can have all these different elements and try and fit them into a pop song. That’s the fun part.
JL: Yes. Pop is such a vague term. It’s not a specific style but more of a quality.
What other bands and artists have influenced Temple Songs?
JH: It’s always been The Beach Boys. 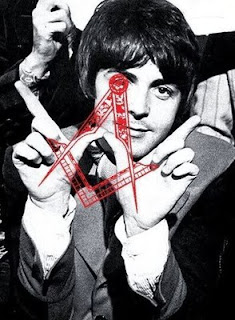 JL: The Beach Boys and the Beatles. Our other two members, Dave and Andrew, are really into bands from the 90s like Pavement and Wilco. We all like Captain Beefheart as we grew up listening to that.
Luxury Lice feels more focused than the dreamier 15 Bygones. Was this an intentional shift?
JL: With Bygones, I didn’t sit down and think I was going to make a dreamy album. It was just the songs I had in my head at the time. The development was down to having a new band and not being on my own but the sound isn’t forced.
JH: Plus our drummer is very Keith Moon. It’s not going to be as dreamy!
How are you releasing music?
JL: Bandcamp. The music is free as we don’t think people should have to pay for audio files. The aim is to make a proper record. We are currently doing a tape, which is a cover of Sgt Pepper’s Lonely Hearts Club Band, for a cassette label called Twisted Tape Recordings.
What is the appeal of cassette?
JL: We are recording on cassettes so they are out there. If someone hears them, then that’s great. If not, then it doesn’t matter. It’s so much better to give a physical item rather than a download.
JH: Cassettes also have a nostalgic value.
As you move more towards working as a band, do you have any nerves about playing live?
JH: I’m more swayed to playing live. You get a great buzz afterwards.
JL: You guys can be The Beach Boys and go on tour, and I’ll be Brian Wilson and record at home. We all have different strengths. It would be shit if we were all interested in recording.
And finally, is there anything you aim to convey to listeners with your music?
JL: It’s just pop music and that’s great. There is no moral or message. We just like pop music.
JH: Yeah, I guess we just want to put a smile on people’s faces.

Music Article by Matthew Kinlin
Posted by The Dog and Partridge at 08:09 No comments: