It’s with a heavy heart that I say Chris Evans from The Chris Evans Collective is no longer with us. Chris was not only a talented songwriter and musician but a major contributor and facilitator for the Bolton music community for as long as I’ve been a part of it (and before). Through live engineering, recording bands, filming and editing music videos, working at rehearsal studios, performing at gigs and acoustic nights I don’t think I’m exaggerating to say that this man played a massive part in the music scene. But it wasn’t just musicians that he affected. If you met him in the pub then I’m sure your ears are still ringing from one of his frantic political rants and his refusal to accept the 1974 boundary changes (“St Helens is in fucking Lancashire”). He was probably the only person who could call you a cunt to your face and make it sound warm and friendly.

Chris was in the process of taking over the running of the label and the last time I met him (during a break from recording his friend Charlie’s music) he was bursting with ideas and plans for the future. I think that will be my lasting memory of Chris - the energy, the ideas and the laughter (that laugh! I can hear that Mancunian machinegun laughter ringing in my ears now). Plus all the swearing. I don’t want to get too mawkish as I’m sure that Chris would have just called me a ‘miserable cunt’ so I’ll leave you with some of Chris’s lyrics which seem like pretty good advice to me


For those of us with memories we’ll be keeping them alive at this weekend’s Dogstock festival where Chris raised many a glass in the past and we’ll be raising many to him in the future. Luckily for everyone else he left a cracking debut album. The man himself uploaded it to grooveshark a few months ago for everyone to enjoy both fee and advert free so I’m sure he wouldn’t have minded me posting it here. Enjoy it you set of cunts.
http://grooveshark.com/#!/album/search-for-the-big-nineteen/8744948

Matt Evans
Posted by The Dog and Partridge at 07:56 No comments:

DOGSTOCKTERVIEW #3: A few words with Dan Lever (Some Bird)

Dan. Hi. What you wearing?

Not only still fronting Dog Sunday acoustic night, funking one off in Some Bird you're helping out da kids with something called DNA. The fucks that about? Anyways, DNA have worked with (through Raise the Youth) Bam C Major and Trouble who are going to kick some gangsta ass at Dogstock on Sunday. What they cooking up for us? 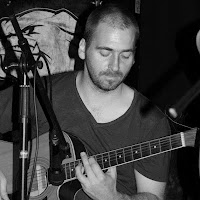 Hang on, I'm just ordering a chicken. Right, ok, yes, we have some lethal mcs who are sneaking in the back door for this Dogstock. They're grimy boys, with some old school hip hop flavours thrown in for good measure. Despite their age, they're experienced performers - Trouble is a freestyle specialist, and Bam's been performing for 12 years or so. I offered to join them onstage with my acoustic guitar, but they knocked my shopping out of my hand and called me a nonce.

You've been hosting Dog Sunday for about a million years now, you bored yet?

Dog Sunday is dead important to me, but I'm finding at the moment that the health of the night is improved by varying the hosts as much as possible. It was generally pretty varied anyway - me, me dad, Cookers, Lomax - but as time's gone on, fuckers have gotten flakey - strokes, babies, gunlove, etc - and I've been left holding the can. We've been using full bands to host it - Limbs, Throwing Pandas, etc - and that works brilliantly, for the band, the audience, and the guest players - what solo artist wouldn't appreciate borrowing Limbs for the night as a backing band? I still really enjoy playing, but it's tempered by the understanding that people have heard me waaay too much, and I need to be sparing. 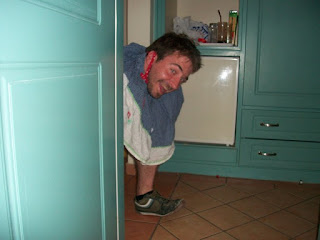 Ignore the buzz, that's just Vince's amp. We're on a nice writing jag at the mo, Mr Tiger Bass suits the 'scruffy and incompetent' vibe we've worked so hard to perfect. He's good though, the dirty riff monster. He's like the Dude's rug, really ties the room together. Dogstock is his first ever gig, so I'm glad we've got our shit together for this one. It's fair funky stuff, which is sort of what I've been hoping for from day one. Sundays is defo my favourite Dogstock day though - I've not seen Ook and the Elephant in years, and I'm hoping the babysitter holds out long enough that I can watch Suburban Sons.

Before I go, what type of hat is it?

the hat is a cheap symbolic one that I use for doffing in online social engagements such as this. 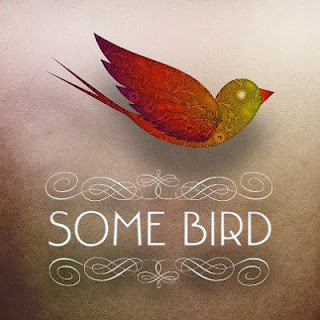 Some Bird and Trouble and Bam C Major rock da house on Dogstock Sunday.
Posted by The Dog and Partridge at 00:00 No comments:

FORTHCOMING - A Form of Truth: Dogstock 2013

I like to think the panic I get around this time of year is just ‘reflex panic’.

I should be worried, so I am.

The bands and everything get sorted out earlier and earlier every time – and for the bands that ask it is true, I’m not just being a cunt.

Chances have to be taken – people to be challenged.

People who have wanted to play for ageeees have finally got the chance, others have earned it in under 12 months. Some have bribed, others choices are borderline nepotism.

The way we ‘roll’ this year is…..a day of monolith like rock in the middle – not one type of rock (don’t fret), a rock of many layers. The starter is a complex tie in of bands with no discernible link but a line up which feels right. 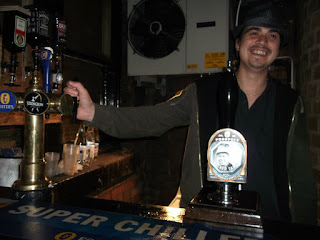 Were back to feeling again.

The stick I’m gonna get from all sides by putting an, albeit brilliant, Iron Maiden covers act on betwixt a couple of humorous musical acts…..

With them are the rifftastic blast from the past that is leaf.

They are a band that when they reformed and agreed, made this weekend already a bit more special than it would already have been – obviously no detriment to everyone else playing – it’s just a joy to see them back.

Sunday – always a favourite – it the usual, wonderful mixed bag. Debut MCs, big bands, scratch DJs, debut performance of a musical. It really is all there.

And with performance like that who gives a rats arse about the weather. If you do, we have cagoules. This is not to say we’re expecting rain…..no wait!

I don’t want to start sounding all award speech – especially since nothing has happened yet – but it does make me happy how many people are giving up their time to help out. Both paid and unpaid.

Without you lot helping, watching, enjoying this would all be pointless. Remember that.

See you down there.