Right. This weekend IS going to be brilliant. It has been hard to sort out but we’ve put together (at relatively short notice) a gig that is of real quality and that is a testament to Chris.

The thinking was to book bands that he’d either been in or recorded. A massive list.

We decided the date should be around his birthday (a date he shares with me and something we always tried to make special every year). 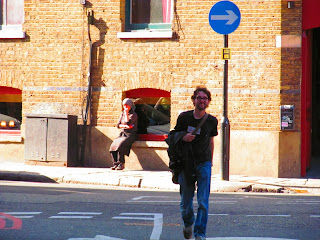 Unfortunately, straight away, this date was inaccessible to some performers who, I and they, wish were there but by this point it was too late to change date. So here’s some honourable mentions.....

Glaring omissions are Charlie Tiefenauer, who album is amongst some of the last recordings Chris had made. I’ve promised Charlie we’ll get him down at a time when he isn’t in a different country.

Andrea Glass is another person who can’t make it. Chris spent a great couple of years (along with Andy Dawson) in Andreas band and anyone who saw ‘em around this time will remember how beautiful some of their performances were. Again I’m personally going to make sure Andrea will be back at some point in the new year.

Old HousePlayground, or ‘the Greeks’ as we affectionately refer to ‘em, are currently in the process of being courted by record labels in . Considering Chris did so much to push ‘em – booking gigs, recording that brilliant debut album (on tape) – it’s quite apt they’re missing out on this weekend due to them being in London pushing for bigger and better things.

There was more, we could’ve done three full days to be fair, but I couldn’t be happier with who we’ve got. 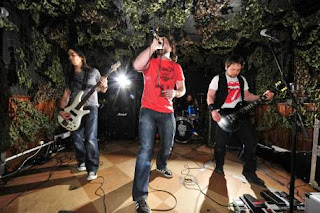 Blackjack Casino had their debut EP recorded by Chris at LoFi studios – one of the last recordings at the legendary place. They'll be first up at 2030.

It’s a REAL boon to get Islands Lost At Sea to play. I know that Chris looked upon their first album with pride and it really was a superb piece of work (even though they cut the track with me singing on – bastards). This is their first full gig in ages (5 years) and it’s gonna be a real year highlight to see em take the stage again after all this time. 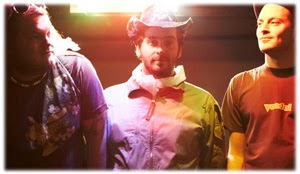 Total Victory close the night. Earlier this year Chris and I were in talks to take out a triple header of a gig – TV, CEC and the Minions. He never got the chance to record TV but always wanted to perform some “Hannett magic” on ‘em. It’s a shame he didn’t as I’m sure it would have been something else.

We’ve got Liam Maloney (Black Forest Ghetto), Si Sharp (Badvibes) and hopefully Alan Martindale (Chris’ old Hawthorns DJ partner) spinning the tunes after the gig and we’re using THE FULL licence. That’s 4am close to me and you.

Good job we’re starting a 6pm really isn’t it. And that it’s gonna be a full day of soothing acoustic music. Well I can’t guarantee it’ll all be soothing but you get this gist. Very very happy to note that we’ve got Sam Haine of the Blood Flames playing – I think Chris recorded the Blood Flames in a kitchen (!) – and Nick Jackson, a good friend and long-time collaborator of Chris’s, will be coming down to play too. It really is quality and a fitting day to end an awesome celebration.

Enjoy yourself, it’s later than you think.

Posted by The Dog and Partridge at 00:30