Hopper Propelled Electric started out on the road much like any other outfit. A trail of bands that have gone before, a handful of songs and the resolve to rock & roll. One guy trying to keep the dearly loved blues in pocket, punk on a leash, spouting high octane tales about driving, drinking (but never at the same wheel), love, hate, nights in police cells and crooked characters.
A raw dirty guitar with slide thrown in and screaming down a bullet mic doesn’t command that much attention though. With pounding, tribal beats holding it together and a driving bass intertwined, the sound started to develop. Originally billed as Drunken Boat and the Squall, we started rehearsing in a hovel surrounded by dead rats & empty bottles, cut a five track demo and gate crashed a couple of gigs at local taverns.
Here’s some words stolen from abattoirblues.com


-Who or what made you decide to pick up an Instrument?

I actually got into music fairly late on. Music was around in our house but not in abundance. When I did get into music at about 9, 10 years old I fell straight into Dire Straits and Eagles, picked up a guitar and started to play. It wasn’t till I met Andy at school and he played me some Led Zeppelin, Rolling Stones and Cream that I actually found music I loved. I listened to those bands and went backwards. Who wrote that? Who’s Willie Dixon? Chester Burnett? That’s when I went as far back as recorded music would allow.
-Could you give us a brief history of the band with any standout moments?
I’d posted an ad for a drummer after my last band split. I’d heard nothing and was about to go it solo until I got a reply from Debby saying she liked a lot of the influences I’d posted and was I still looking to play. We got together with this guy I knew on bass and played a few gigs but that didn’t work out. I asked Andy who I’d been in bands with since school if he wanted to get back into playing and here we are now.
-Do you think the blues is still relevant in modern music? 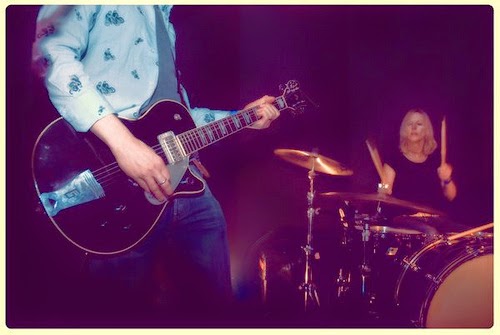 As long as there’s rock & roll and that still continues to matter to people, the blues will always be relevant. Now the blues gets under the fingernails of other genres like hip hop (Buck 65, Black Keys Blackroc album/JSBX) but there are still people out there drawing on the blues and playing true roots music like Charlie Parr and William Elliott Whitmore.
-How has the blues influenced your music?
I love the simplicity, the complexity, the stories, the repetition and the sheer raw feeling involved. I love to just pick up a guitar and slide or a harmonica and try and create riffs and hooks that get into your blood. There’s not a lot of slide and no harmonica at all in what we play live, but it’s a great starting point. 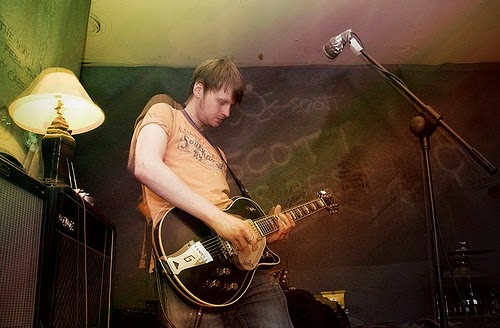 Supporting are The Kiss Off.


The Kiss Off are a rock n’ roll band. Now, watch this video.

Posted by The Dog and Partridge at 05:36

Labels: Bowltown, Dog and Porridge, Hegg, Hopper Propelled Electric, I've not had my dinner, The Kiss Off